Phase one dedication of the Ethiopian Cultural Garden took place in Cleveland, Ohio on 24th August, which followed by a reception at an Ethiopian restaurant, Empress Taytu, according to local reports. On occasion Ethiopian ambassador to the US Fitsum Arega, Mayor of Cleveland Frank Jackson, Cleveland city councilman Kevin Conwell and artists Zerihun Yetmgeta and Ernesto Spinelli have made a presentation.

The Cleveland Cultural Gardens are one of Northeast Ohio’s oldest and most beautiful treasures. Some 33 dedicated gardens, including Goethe (German Garden); Yeats (Irish Garden); Chopin (Polish Garden); and Dante (Italian Garden); designed and cultivated by distinct cultural or nationality groups. Founded in 1916, the Cultural Gardens are unique to the world. Each distinct gardens, commemorate a different ethnic group whose immigrants have contributed to the heritage of the United States over the centuries, as well as Cleveland.

However, the garden has lacked the representation of the African continent until August 24. “[Ethiopia] is the first African nation to be represented here, ” said Mayor Frank Jackson. He added that Ethiopia’s being an excellent example of unity from diversity, was an inspiration to build this garden. “This is just a start, and we will continue our support,” the Mayor said.

Ambassador Fitsum Arega on his side said that “today is a wonderful day for Ethiopians in Ohio.” he added “Ethiopia is a great country with lots of culture and diversity. This garden provides with information about the diverse culture of Ethiopia. ”

The centerpiece of the Ethiopian Cultural Garden is a mosaic wall, made by  Zerihun Yetmgeta, featuring tiles made up of 196 colors. Five panels on one side represent the period of the 5000-year story of Ethiopia and names of the 80 nationalities as well. On the other side of the wall, there is a mosaic image of the sun prominently displayed in the center.

Furthermore, Ethiopia celebrated August 25 One World Day, in which Fitsum Arega and Ethiopian community members led the Parade of Flags. 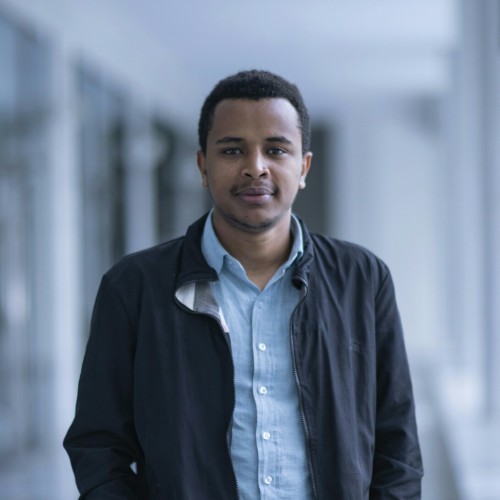